After he accomplished his classical piano studies at Conservatorio « G. Verdi » in Torino (I), Gianfranco Celestino studied dance at the « Folkwang Hochschule » in Essen (D). In 1999 he studied in Venice at « Accademia Isola Danza », directed by Carolyn Carlson. In the same year he received the scholarship to take part into the « Dance WEB » programme at Wiener Tanz Wochen in Vienna. In 2012-2013 he has taken part in Masterclasses with Rosalind Crisp and Andrew Morrish.

He has worked, between others, with Les Ballets C. de la B. (B), Unit.Control (L), ARAZZO Tanztheater (D).
Since 2002 he works on his own choreographic ideas.
Since 2015 he teaches Contact Improvisation.

His major choreographic work:
Solo con Piano (2005) is a dance theatre solo programme in which he plays the piano and dances with it. The show has played, among other places, at the festival Les Répérages - Danse à Lille (F), at the International Theatre Festival of Sibiu, Romania, in Montréal (CND), Cardiff (UK), Ljubljana (SLO), at Ballet de Lorraine in Nancy (F), Milano (I), in Eupen (B), at the Southbank Centre, London (UK), Internationale Tanzmesse Nrw, Düsseldorf (D), in Vitebsk (BY). Coproduced by Kulturfabrik, Centre de Création Chorégraphique Luxembourgeois TROIS C-L, MASKéNADA.

Crossing Town (2007) is a dance-theatre piece for five dancers. Using sarcasm and irony, the show deals with the relations between urban people, sharing a common space but often ignoring one another. Different ways of meeting and communicating with each other brings the personages to a situation of constant competition.

Sweet Dreams (2009) is an interdisciplinary piece, aiming to portray the life and characteristics of Luxembourg's capital. Sweet Dreams! is keen to investigate the fabric of a city full of contrast and secrets, rich in legends and history but not without its critics and challenges, and to uncover the true identity of one of the most intriguing European capitals.

Travel Diaries (2012) is the ambitious and seductive act of staging a travel journal recounting an artist-in-residence program. It stages Gianfranco Celestino himself accompanied by a video projected screen and a background telling voice.
Coproduced by Gianfranco Celestino and TROIS C-L.

Duo con Piano (2014) is the astonishing result of the collaboration with colleague Annalisa Derossi, as well as Gianfranco Celestino pianist, dancer and choreographer.
Coproduced by Derossi/Celestino, Théâtre d'Esch, CAPe.

Gianfranco also worked as a curator for the socio-cultural artistic event series Friday Island organized between 2015 and 2018 in Luxembourg.

Contact Improvisation workshop with Gianfranco Celestino
Contact Improvisation is a form of dance based on spontaneous movement and physical contact. The exploration of a freely improvised movement nourished by contact between two or more dancers is at the centre of this proposition. The environment created by the practice offers a safe space to engage in physical dialogue while playing with elements such as the force of gravity, balance, lifting, falling.
Learning and practicing Contact Improvisation has many positive physical and psychological effects such as improving body awareness, deepening self-awareness, improving self-confidence and confidence in the unknown, developing abilities in creative solutions, increasing physical energy and relaxing the body.
It is a very playful form of dance that combines the pleasure of movement with work on body perception, on communication and choreographic dialogue between several participants, on confidence in oneself and in others, and on discovering and mastering the limits of one's own 'comfort zone'.
This workshop mixes beginner and medium level. We will work with the basics of Contact Improvisation, looking for the flow of the movement and ending up in a little jam.
Back to Line-Up 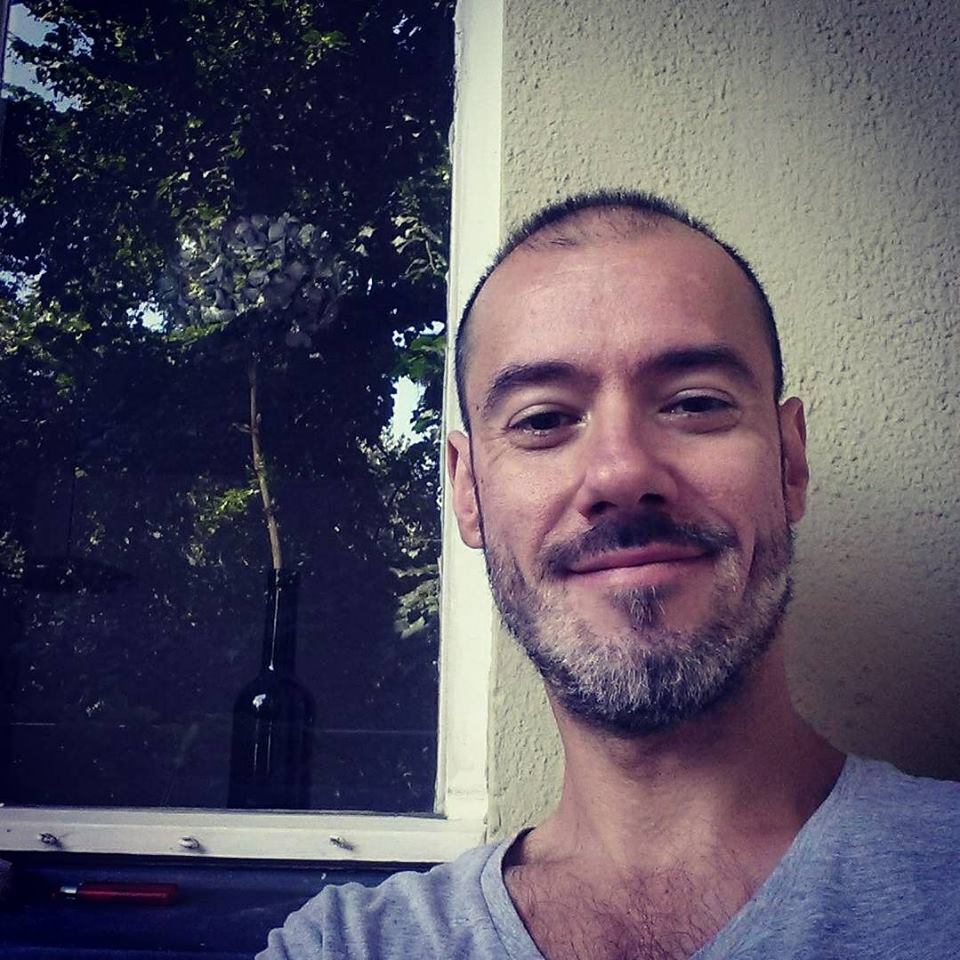